Dutch Boy Paint’s Color Quiz. I used it for myself, then started answering the questions from the point of view of my characters — not all of them, but a few. Utterly unscientific, sure, but a great way to kill a few minutes… And you never know, you might just figure out what color your latest protagonist’s bathroom walls are.

One of the complaints that the guy in the previous post had was about the job that my character held. He claimed it was the most cliched job evar! and that if he saw one more character with it, he’d have a fit. The job in question is GLBT-policies consultant to Human Resources departments. I imagine that the guy in question spends a LOT of time looking at employee handbooks, making sure the language is inclusive, or reviewing policies that people are afraid come across as discriminatory. Lots and lots of paperwork, but not a lot of managing. He works with lots of different companies, like most consultants do.

So I started thinking about the fact that the guy has seen far too many characters with that particular job, and came to the conclusion that either A) he misread the description, B) despite his experience “writ[ing] this stuff” he doesn’t actually read much of it, and/or C) he reads far different stories than I do. Being the kind of person that I am, I decided to collect some data, because there’s nothing like having facts to back up your assertions.

This is what I did, as utterly unscientific as it is: I opened up my email (boggling at having appx. 1200 messages), selected the Love Romances Cafe label, which gave me 500 messages spanning the dates of February 22 – February 29th, and started with the oldest message. These dates included a Dreamspinner Press chat day (all M/M works) and the list’s usual Monday promo day (all combinations welcome). I skipped all messages that were not explicitly M/M (that is, no “menages”, even if they were M/M/F or M/M+/F) and, naturally, anything that was purely social in nature. Of the M/M messages that were left, I decided that it only counted if it was immediately obvious as to how a character was employed — if there was an actual job title involved (i.e. Senior VP of marketing) or just a general title (lawyer). If I couldn’t figure it out, or if there wasn’t one mentioned, I ignored it. I did lump similar/related fields together, just to keep myself sane, though.

Of the 111 characters whose employment was mentioned in some fashion, this is how it breaks down:

(The .5 was a guy who was mentioned as being in law enforcement and a model, so.)

As you can see, for gay male characters, the “cliche” occupation is not a hairdresser or aesthetician, not a GLBT outreach manager (or consultant), not an interior decorator or catty fashionisto. It’s cop or firefighter, followed by cowboy and being in a (para-)military organization or in school.

Interestingly enough, this somewhat parallells the occupations of my own characters — upon compiling the stats for my own guys, it turns out they’re most likely to be a student. After that, it’s military (active or former).

So, that’s what I discovered there. 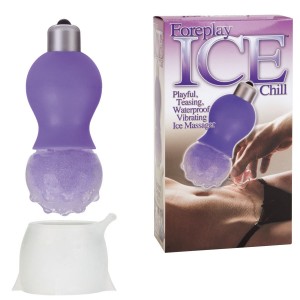 Every time I see this, all I can think is that I really should give it to my hockey players — particularly Jens and Patrick.

I fed some of my stories to Google Translate, copying and pasting and translating through at least three languages. Cut because it gets a little long.

END_OF_DOCUMENT_TOKEN_TO_BE_REPLACED

I was just skimming over the copy of First Flight* that I started to keep track of my pre-editing edits and came across a note to myself that I’d forgotten writing. The context is as follows: Kevin is trying to worm his way back into Jesse’s good graces by being friendly with Christopher. Kevin, in an attempt to bond with poor Chris, is trying to get him to go somewhere, and offers several options. One of them is a strip club; specifically one with topless female waitstaff.

Yeah, read that again. My note says: This is a weird question, considering that the three guys involved in the relationship are all, y’know, GAY AS DAD’S OLD HATBAND. So I should probably do something about that.

On a related note (heh), I have no idea where I picked up the phrase ‘gay as dad’s old hatband’. I think it may have predated my internet years, so maybe a library book?

* No. Still not tired of that whole “I sold a story!” thing.

Watching the rerun of the Ronde van Vlaanderen and getting thoroughly distracted. All of those legs.

Also, I think I might be ready to start writing my little story featuring Perry Roubaix*, the big-name cyclist, and his hopelessly-smitten domestique (who still needs a name)…

In the midst of rolling my eyes after reading about someone prepositioning someone else, I realized that it was entirely possible to write suggestive/sexual dialogue using almost nothing but prepositions.

(The blurb should still say ‘proposition’, though.)